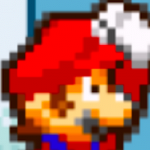 I'm just some random 17 year old. I recently rediscovered this show after not seeing it for several years and I've become sort of a fan of it... It's just a shame that the fanbase isn't very big.

Anyhoo, this isn't a place to go off on a tangent about why this show never got the popularity it deserved, it's about me. I discovered this show back in 2009 when Toon Disney made the transition to Disney XD. As much as that transition was terrible, this show kinda stuck out to me above the other acquired programming, and it managed to keep my interest for the whole 2 and a half years it was airing.

Would I bring it back?... Probably not actually, it was going in a direction I didn't quite like with season 2, as much as I still found enjoyment in it.

Favorite Characters (Because Why Not)

Yep, this isn't a popular opinion at all. In fact, these two can probably be considered a rare pair.

I might have to go more in-depth as to why I actually ship these two, especially since I think this will definitely cause a few Fiona fans to get their knickers in a twist, but tl;dr I always thought Coop and Phoebe were cuter together, and I've always thought Fiona was just a dull Mary-Sue archetype that instead of creating her the writers should've went further developing Phoebe's character beyond just loving Coop, which they had done a few times before... and it's really saddening that within this small fanbase there aren't even that many fanworks depicting the two of them. Only found one fanfiction that actually explicitly involves them in any romantic context.

Yeah, I'm kind of a fan of the 'obsessively in-love' trope. Like Phoebe, I really wish they were able to expand on Estelle further as a character.

Retrieved from "https://kidvskat.fandom.com/wiki/User:Cappy17?oldid=83979"
Community content is available under CC-BY-SA unless otherwise noted.