Kat is brought to the vet to get his nails trimmed, only for the vet to quickly discover that Kat's not a normal cat. Kat ends up " convincing " the vet not to tell anyone by scratching him viciously for several seconds after Coop and Burt leave the room. After Kat learns that X-rays of him were taken of him on his first trip to the vet, he sneaks back in to destroy them. Coop follows, determined to see what Kat has to hide. The X-rays reveal what Coop has suspected all along, that Kat is an alien (and a cyborg, as well). Coop gets a hold of the X-rays but doesn't take a picture of them. Because of this, Kat gets the chance to convince Coop not to show anyone the X-rays, by threatening to crush Dennis with a piano while he's sleeping if he doesn't give up the X-rays. Dennis believes him anyways, and Coop watches as Kat burns the X-rays in his backyard. Dennis didn't have practise piano lessons anymore then Coop suggest his Dad if they could put a fire pole but he said he's scared of them then maybe a slide or a water-slide which there won't be any danger of fire. 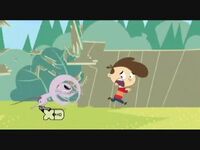 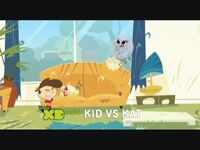 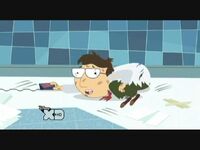 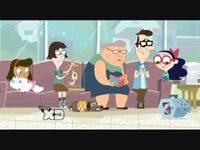 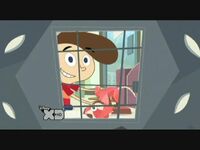 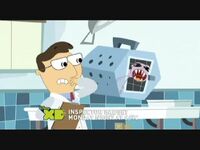 Retrieved from "https://kidvskat.fandom.com/wiki/Nip/Duck?oldid=85412"
Community content is available under CC-BY-SA unless otherwise noted.