Annoyed at Kat sleeping everywhere in the house, Burt gets Kat a cat bed. Millie steals Coop's comfort blanket and gives it to Kat to make it softer for him, and Coop and Kat end up fighting over who gets to keep the blanket and Burt puts it in the washing machine to make it smell better. After seeing a commercial for Fishy Frisky Bits where the cats meow loudly to get what they want, Kat gets the idea of screeching loudly for hours on end to get whatever he wants. After meowing too much driving the entire neighborhood crazy all day and night, Kat gets forced by Burt to wear a talking collar that scolds him, Coop takes his blanket back again and the voice collar stops Kat from attacking. Following day, Coop gets in big trouble with his teacher because Kat puts his voice collar on Coop's foot while he was asleep after managing to remove it around his neck and modifying it to scold Coop in his classroom. Coop runs home from his classmates after their teacher gives them all detention and fights with Kat until his favorite blanket gets ripped apart, and the collar on his ankle ends up flying over the fence into Mrs. Munson's yard, preventing Coop from showing to Burt what Kat did. When Burt saw the backyard a mess, Coop goes to his room since he's grounded thanks to Kat. Millie gives Kat his old collar back, but she keeps talking just like the collar did which made him annoyed. Meanwhile, Mrs. Munson finds a talking collar while sweeping up her yard and puts it on her dog, Growler that scolds to him. 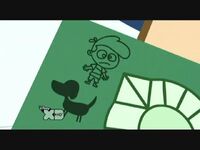 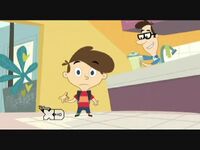 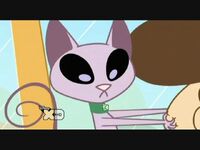 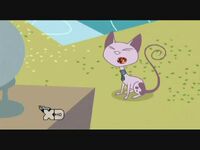 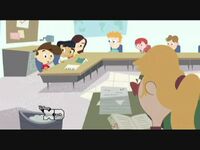 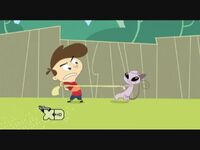 Retrieved from "https://kidvskat.fandom.com/wiki/Me-Oh_Me-Oh_Meow?oldid=87057"
Community content is available under CC-BY-SA unless otherwise noted.