Coop's tired of Millie and Kat bugging him, so he and Dennis build a tree fort, then Kat planned on using it to power-up his collar because the tree's fort was very tall, so Kat climbed into it and start communicating with other "Kats". After tricking them in a fake ice cream driveway and taking over their treehouse, The boys tried to take it back and stop Kat, Coop tried to explain Burt what Kat was doing but he couldn't and his Dad takes the cookie sheet he was looking for to the kitchen and he tells him to come up with a better story than that and ask for some materials for the fort, leaving Coop disappointed and Dennis pats him on the back. And so the kids ended up taking turns with the tree fort, then the boys heard the real ice cream truck and they ran to get ice cream before they could start building another tree fort.


Do Not Fort Sake Me (Image Shop) 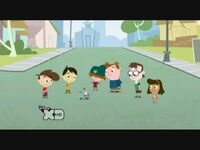 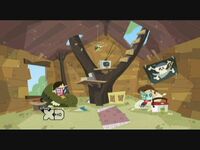 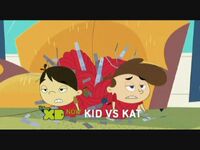 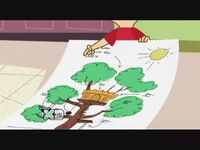 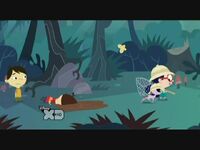 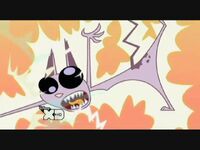 Retrieved from "https://kidvskat.fandom.com/wiki/Do_Not_Fort_Sake_Me?oldid=86749"
Community content is available under CC-BY-SA unless otherwise noted.